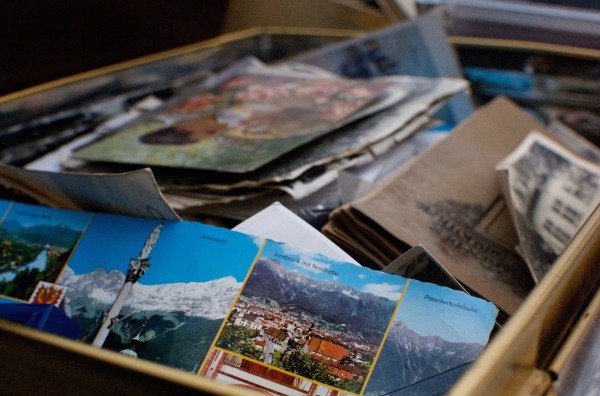 It’s been almost two weeks since the phone call came. He introduced himself as a police officer from a small town about three hours from where I live. He explained, as gently as he could, that he had been called to do a welfare check on my cousin and had found him dead in his apartment. It appeared to the medical examiner that his heart just stopped working.

Because of a variety of circumstances, I was the only member of his immediate or extended family who had the time or willingness to do the work of wrapping up his affairs. I spent most of the last ten days sitting in his apartment, going through his things. His life, a box at a time, a shelf at a time, an envelope at a time.

I got help from unexpected sources, and I got refusals of help from unexpected sources. My cousin was a man about whom few people were neutral. He had friends and neighbors who were fiercely devoted to him. One neighbor stopped in to tell me that Jeffrey had taken him grocery shopping every week because the neighbor could no longer drive. With tears in his eyes, he asked if he might have some small thing to serve as a remembrance. I offered a few ideas, but soon realized that my wisdom was not sufficient for the task of choosing such a remembrance. I invited him to look around, and he settled on a set of refrigerator magnets in the shape of dogs. It seemed to represent their shared affection for the pets they had each known. Another day, a 95-year-old man described my cousin, young enough to be his grandson, as his best friend. It was an honor to entrust the care of his favorite Christmas cactus to this friend.

My cousin’s apartment contained many items of furniture from the home of our mutual grandparents. While I might have wanted to take it all, I am recently  retired and trying to downsize, so that just couldn’t happen. One of the best gifts I received was the name of an antiques dealer who loves his work and knows that every piece in his shop represents a story from someone’s life. (If you are ever looking for an antiques dealer in eastern Iowa, here’s an unsolicited recommendation for Hoppy’s Primitives in La Porte City.) Dave Hopkins and his helper Nick spent hours helping me sort through the things in the apartment. They purchased many items for their own businesses, and they made daily trips to donation centers in the area to drop off things that I couldn’t keep and didn’t have time to sell.

In the end, though, I

was the only one who could sort through the boxes (and boxes and boxes!) of photos, memorabilia from family members, and notes from my cousin’s extensive genealogy research. The landlords had been as generous as they could be in giving us time to vacate the apartment, but there was only so much that could be done. Finally, the choices were stark: Keep or throw. Take on the work of caring for this item, or let it go and realize that a tiny slice of our family’s history goes with it.

It would have been easy to step on the slippery slope of trying to preserve everything, and several times each day I was tempted to do just that. The question I settled on to keep me focused was this: Two weeks ago, I didn’t know that this thing existed; has my life been less for the lack of it? Sometimes the answer was yes; my grandfather’s cribbage board, the vehicle for many enjoyable hours of conversation and some memorable lessons in the art of gamesmanship. But other times, the answer was no; photos of family members I don’t recognize, even though I can see the family resemblance.

Someone else doing this job might have made very different choices about what to keep and what to throw. Someone else may have had the luxury of space to store everything while they worked through it more gradually. Whoever was doing the work, whether it was compressed into a week or spread out over months, would still feel the burden of the decision: keep or throw. As it is, neighbors in his apartment setting are gratefully making use of his furniture, his food, and his things. Family members will choose whether to remember the baby placed in the arms of his adoptive parents one autumn day in 1959, the hurt and angry adult who never learned how to let go, or the lonely soul who desperately wanted acceptance.

As I sorted, I thought often of the words I have said to hundreds of parishioners on Ash Wednesday each year: “Remember that you are dust, and to dust you shall return.” The bags and boxes of things from Jeffrey’s life are just that: things. Ashes and dust. Adiaphora (a Greek word meaning “the little stuff”). 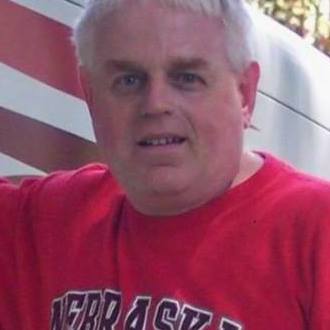 Jeffrey was a complex person. He experienced much pain in his own life; and he caused much pain in the lives of others. Some people will remember Jeffrey as mean-spirited, delusional, and angry. Others will talk about his warmth, his sense of humor, and his gentle manner. And they will all be correct; Jeffrey was all of those things. He was not merely the bags and boxes that we carried to the dumpster and hauled to the donation sites. He was not completely his worst self, and he was not completely his best self. The truth that will remain is this: Jeffrey was a child of God, claimed in his baptism, “a sheep of your own fold, a lamb of your own flock, a sinner of your own redeeming.”

Rest eternal grant him, O Lord, and let light perpetual shine upon him.

Barbara Bruneau is an ordained pastor in the Evangelical Lutheran Church in America. She is semi-retired, having previously served congregations in Iowa, Minnesota, and Wisconsin. Barbara enjoys knitting, reading, cooking, and weaving. She shares her home with cats named Abigail and Bijou. View all posts by Barbara Bruneau

8 thoughts on “A Life, in Bags and Boxes”